The year is coming to an end, and before it does I want to write about the amazing concert I saw earlier this month. 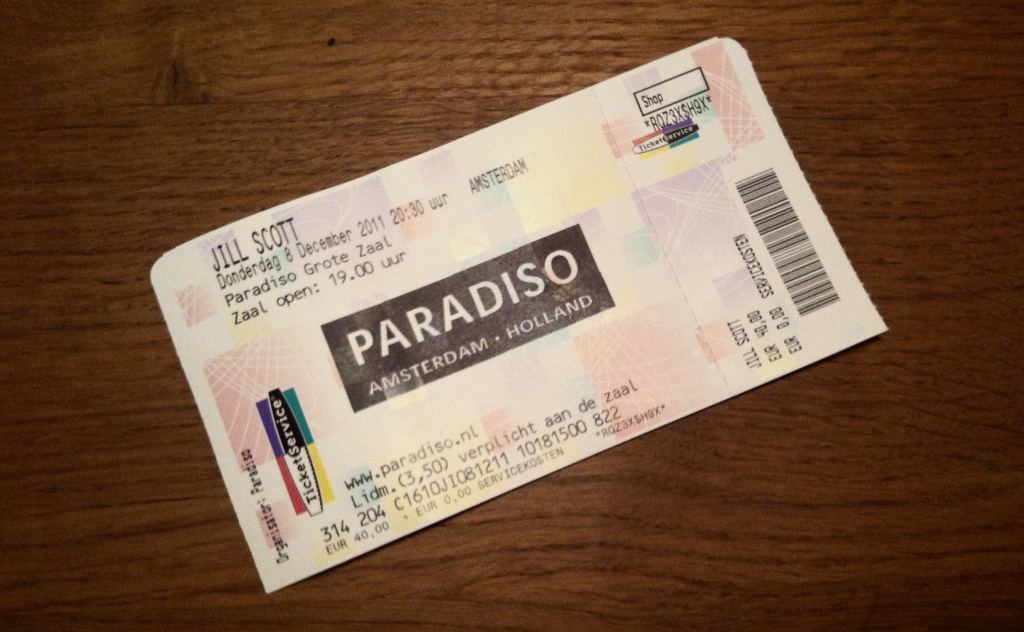 On December 8th I flew to Amsterdam specifically to see my favorite artist, miss Jill Scott, perform live at the iconic Paradiso. This was the third time I flew out of my country just to see her perform (see video from the time I saw her in Zürich in 2007 and Amsterdam in 2008), and it is worth every single time!

Her music is incredibly special to me (and to so many others) and you should go and listen to her stuff ASAP! (I wrote a previous post about her latest album, check it out). 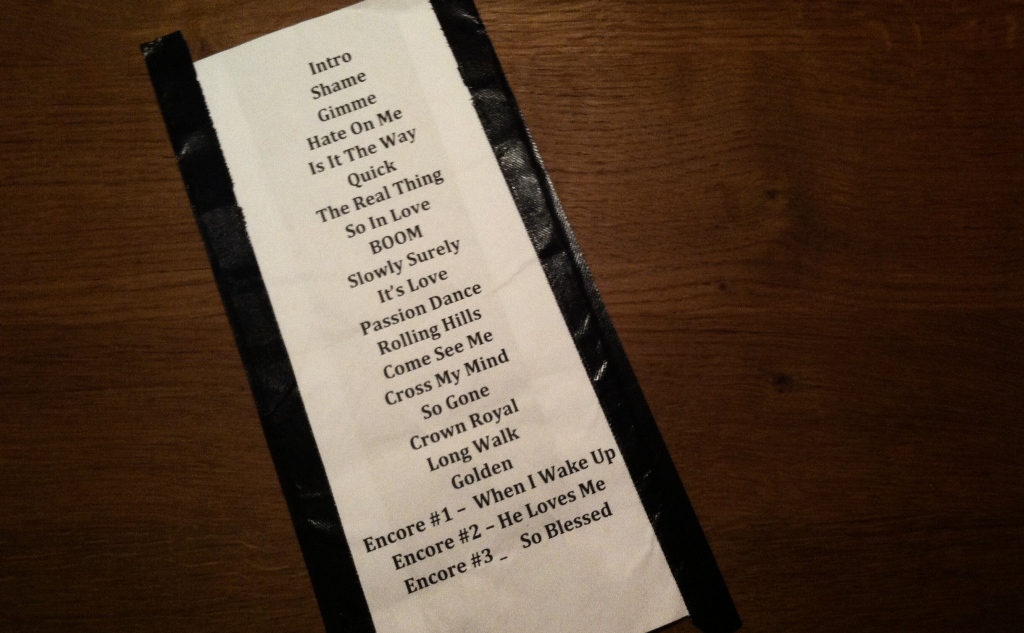 This concert was specially awesome because of the things not listed on the set list above. She played around 30 minutes more after she ended the 3 encores listed. Why? Well… let’s just say she was inspired. It was mostly improvisation, she even accepted requests from the crowd and there were incredibly emotional moments. 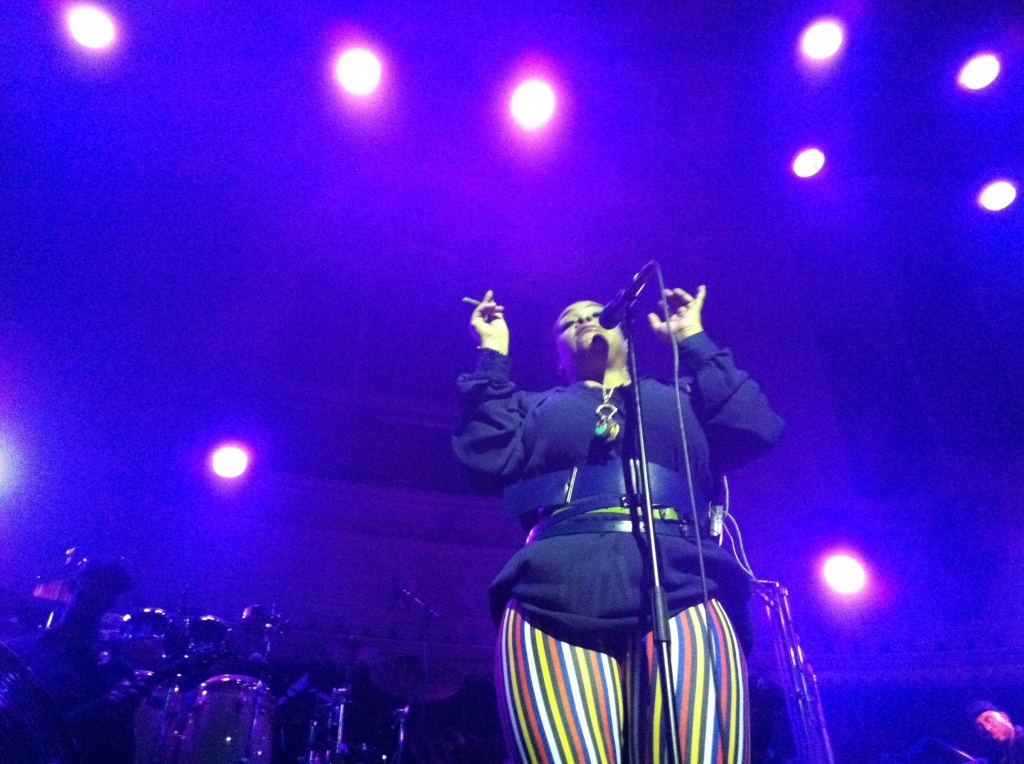 Part of the said “inspiration” came from the little thing she’s holding in her hand in the previous photo… and I was the lucky fan who she passed that directly to… everybody in the front smoked “the peace pipe” with Miss Jill Scott!! oh boy… only in Amsterdam…

I was front-row, and it was awesome! Check out the short video montage I did:

I wish you all a Happy New Year! 😉